It has been a long time since I wrote here, and many good things happened to tell about. One of those things was that Prof. Dalia Cohen, one of my teachers and the first instructor on my master’s paper, was awarded the Israel Prize for musical research. Prof. Cohen gives in her books and in her research, the best tools for us western musicians to understand the music of the east. She was the first researcher to use the melograph to measure the exact intonation of the maqamat the way they are sang here in Israel, back in the 60′.

I am constantly inspired by the comprehensive, universal way Prof. Cohen thinks and speaks about music with all of her students. I will try to write some of her interesting insights that helped me understand the music of the Middle East here from time to time. One of the most interesting things Prof. Cohen made me notice is that the musical elements we organize in order to create music is culturally dependent, and has a strong connection to the aesthetic ideal of the specific culture.

If we think of the way the octave is divided, for example, we see that when divided to 12 semi tones (western division) we get two kinds of seconds- major second and minor second. When divided to 24 quarter tones (Arabic theory) we get five different kinds of seconds. When we look at the number of scales in use we see two in Western music and tens in Arabic music. It appears that the west has an affiliation to binary contrasts. As Prof. Cohen wrote in her article music in different cultures “Binary nature enables organization into a superstructure with clear directionality and overall complexity (which reached its summit in the classical sonata). It is not surprising that a large proportion of Western raw material is given to binary oppositions, in contrast to most of the non-Western cultures:

I know that the first encounter with these ideas is not simple, and brings up many questions. I recommend reading some of Prof. Cohen’s publications, and I promise to try and explain some of those ideas here in the future.

Congratulations Dalia! Thank you and wishing you good health! 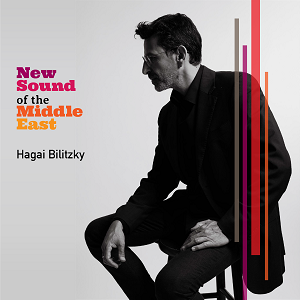