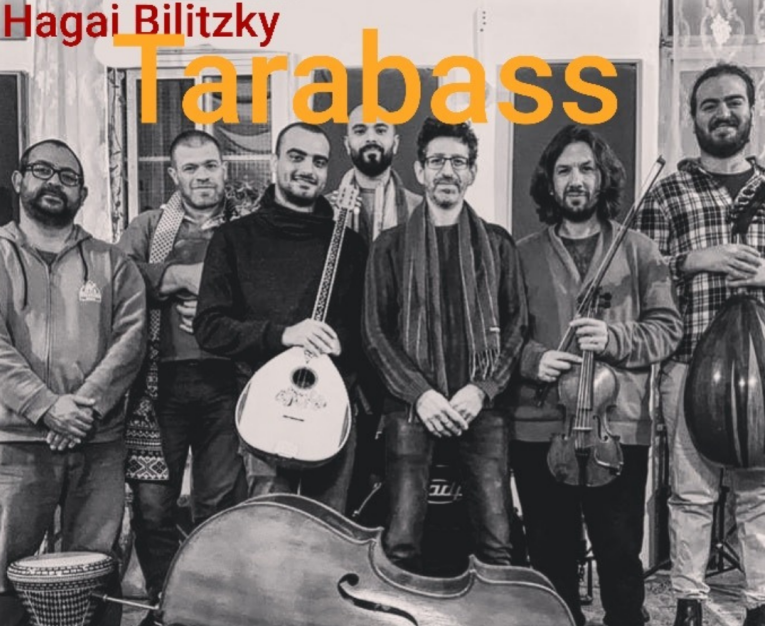 The integration between the ancient musical traditions of the Middle East and the modern innovative performance techniques developed by Hagai Bilitzky is what creates “Tarabass”.

For the first time, the deep sound of the double bass is moving to the front of the stage, performing the full depths of the Arabic maqam.

This original music was written to challenge the sound of the traditional ensemble of the Middle East, the “Takht”, while keeping its sonority, dynamics, and spiritual essence.

The ensemble, composed of fellow masters alongside brilliant young lions of the genre, shows a new musical way for the live tradition of Arabic music to evolve.

Hagai Bilitzky is an international virtuoso double bass player, and a teacher at the Jerusalem Academy of Music and Dance. For the last two decades he has been crafting his Middle Eastern double bass art, while providing the low frequencies to some of the most important traditional eastern music ensembles, such as the Algerian pianist Maurice El Médioni’s trio, Piris Eliyahu’s projects, Ladino singer Yasmin Levy’s group, Amal Murkus, Mark Eliyahu, Taiseer Elias, Simon Shaheen, and many more.

Hagai is also a sought after lecturer worldwide in universities and conferences about East and West and the universality of music.